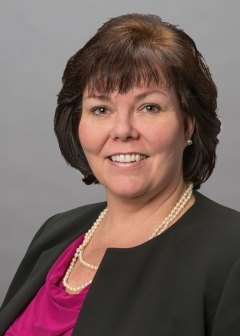 Prior to joining Inglis as President & CEO in 2017,  Dyann was the Chief Executive Officer/President of RHD – a diversified human services not-for-profit based in Philadelphia, with more than 160 programs across 15 states supporting people with disabilities and other vulnerable populations. She began her association with RHD working part-time throughout high school and college.  Beginning in 2008, Ms. Roth was selected for future executive leadership within RHD, and held significant operational roles until she was chosen as the next CEO in 2013.  Ms. Roth and RHD helped more than 40 social entrepreneurs through the organization’s incubator, taking their not-for-profit ideas to reality.  RHD’s programming focuses on intellectual and developmental disabilities, behavioral health, homelessness, addiction recovery and more. Under Dyann’s leadership, RHD was honored multiple times by the Philadelphia Business Journal as one of the city’s Best Places to Work.

"I am incredibly excited to have the opportunity to join the Inglis community and to learn from and work with the people Inglis supports each day to live as independently and fully as possible”, says Dyann.

Dyann received her Bachelor of Arts from Penn State University and her Masters of Science in Organizational Dynamics from the University of Pennsylvania.