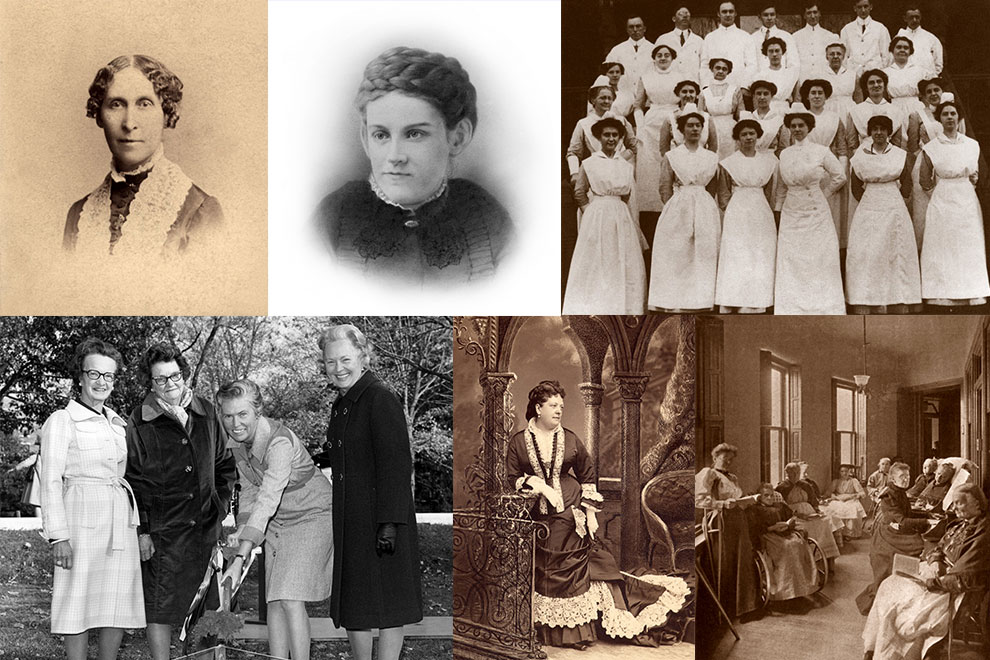 In honor of International Women's Day, Inglis looks back to our origins.  As we celebrate out 140th Anniversary this year, we pay tribute to a group of caring and committed women helped to form Inglis in 1877.

Feuled by the vision of her daughter Annie, Caroline Inglis agreed to follow through on her daughter's request - to create a place to care for others like Annie - people with disabilities - who could not care for themselves.

For more than a century, Inglis was run by women, led by women and women raised all the funds supporting Inglis.

That same drive and spirit exists today among the many women and men who are part of the Inglis Community in 2017.

In the preface to the book, They Came to Live, written by John C. Calpin for Inglis' centenial celebration in 1977, it states:

"There is only one word with which to start this 100-year history of Inglis.... Women -- wonderful, tender, unselfishconscientious, compassionate, self-sacrificing women -- foudned this unique institution.  Women operated it, without a break, for century.

Women have given of the their time, their energy and their money to care for thousands of unfortunates stricken with infirmities which rendered them wards of a scosiety which seemingly had no place for them."

So we honor all women who prove every day that vision, strength, tenacity, perseverance and love can move mountains, enhance lives and change the world. Stay tuned for more exciting news about our 140th Celebrations!