Inglis House is a unique resource in the region and indeed, the country.  Our residents come from all over the United States to experience the best possible care and sense of community available here. Some residents come to Inglis House for a short period of time. They benefit from therapy, computer training and medical care that can help them move into an apartment of their own. Others live here for much of their adult lives. Meet our longest-term Inglis House residents and consumers who have made the transition to independent living. 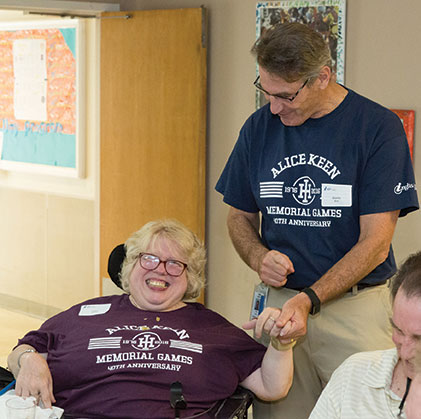 Gina, who lives with cerebral palsy, was born at a time when little was known about the disorder. Many doctors mistakenly believed that these children were not only physically disabled, but also intellectually impaired. “Seventeen doctors, with the exception of one, told my parents to put me away and forget about me,” says Gina. “Thankfully, my mom and dad didn’t listen to them.”

Instead, Gina went on to enjoy an active and fulfilling life. She attended the Widener School, discovered a love of learning and received specialized therapy. “I was never at home,” she recalls. “I was always out with friends and keeping busy.”

Gina came to live at Inglis in 1973 at the age of 25. “It was a step I knew was good for me because Inglis House gives me the opportunity to enrich my life ‘to the fullest,’” she says. Gina has worked in our mailroom and been a volunteer chaplain. She is an enthusiastic Inglis ambassador, helping visitors to better understand the needs of people living with disabilities.  “I am so glad I came here,” she says. 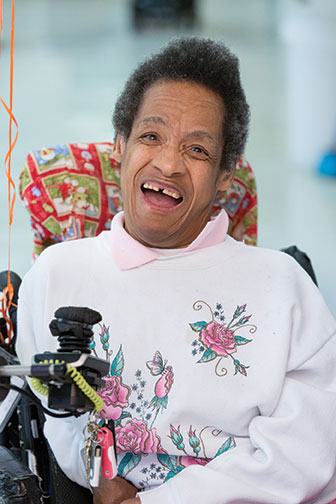 each year with a banner on her door proclaiming, “Happy Anniversary to Me.” But Diane is best known for her book chronicling life at Inglis House, As the Wheels Turn. It’s educational: What
is Cerebral Palsy like? It’s emotional: Is it easier
to be born physically disabled or to become disabled later in life? And it tells all: “At Inglis House, we fall in love with each other…and we cheat on each other.”

When Diane arrived at Inglis she was one of the youngest residents. “Now I am older than most of the staff,” she laughs. “And at that time, there were no computers either. Now the Computer Lab is one of the most popular places on campus!”

Meet former Inglis House residents who have achieved the dream of living independently in their own homes. 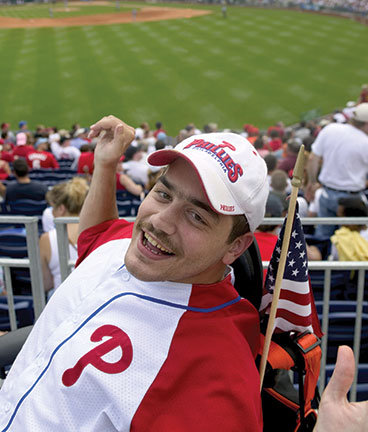 Tim lived at Inglis House during two separate periods of his life. Each time, he knew it would not be for long. “I knew I could live independently, and I always do what I say I am going to do,” he says. Tim has been living independently since 2010 and recently moved to a new apartment that allows him to be closer to his large, loving family.

He attributes his accomplishments  to his family and friends. “My mom, my brother Joe and my friend Bill, who also lives with cerebral palsy, are my role models,” he says. “They don’t give up, so I won’t either.”

When Jaleel was eight, a stray bullet left him without the use of his legs. In 2005, after 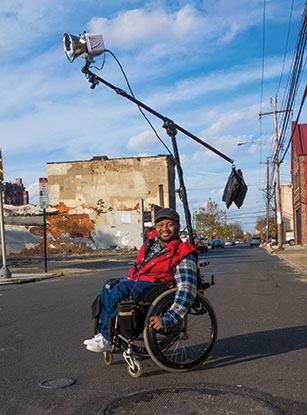 spending a year at Inglis House after high school, he felt ready to tackle living independently. While taking a videography class, Jaleel found a passion for photography. Now, he is a successful wedding/lifestyle photographer and loves telling stories with his photographs.

How has he persevered and risen above his challenges? “It’s like that old saying about life giving you lemons and making lemonade,” he laughs. “I’ve made lemonade, lemon popsicles and lemon cheesecake too. I’ve learned that at some point in time, it will get better. Even if it gets worse first, it will always get better.” 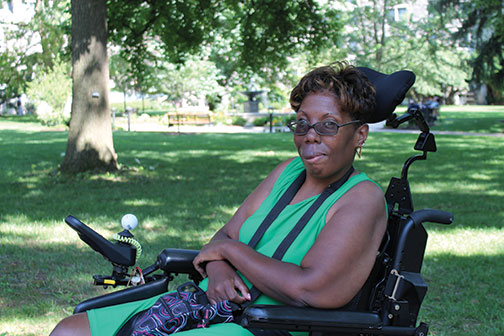 Sylvia, who lives with Multiple Sclerosis (MS), moved to Inglis House in 2011. “Inglis is a beautiful place, but I’ve always been an independent person, and I wasn’t going to let MS win,” she recalls. Sylvia enrolled in Inglis’ classes to learn about managing in-home attendants, personal finances, medications, doctor appointments, public transportation and other independent-living skills. In 2014, she made the move to Inglis’ Morris-Klein Apartments. “I have to worry about things I never worried about before,  like food shopping and appointment scheduling,” she says. “But I am determined to make it work.”

Now, she passes her determination along to others by serving as a resource for Inglis House residents who want to live in the community.